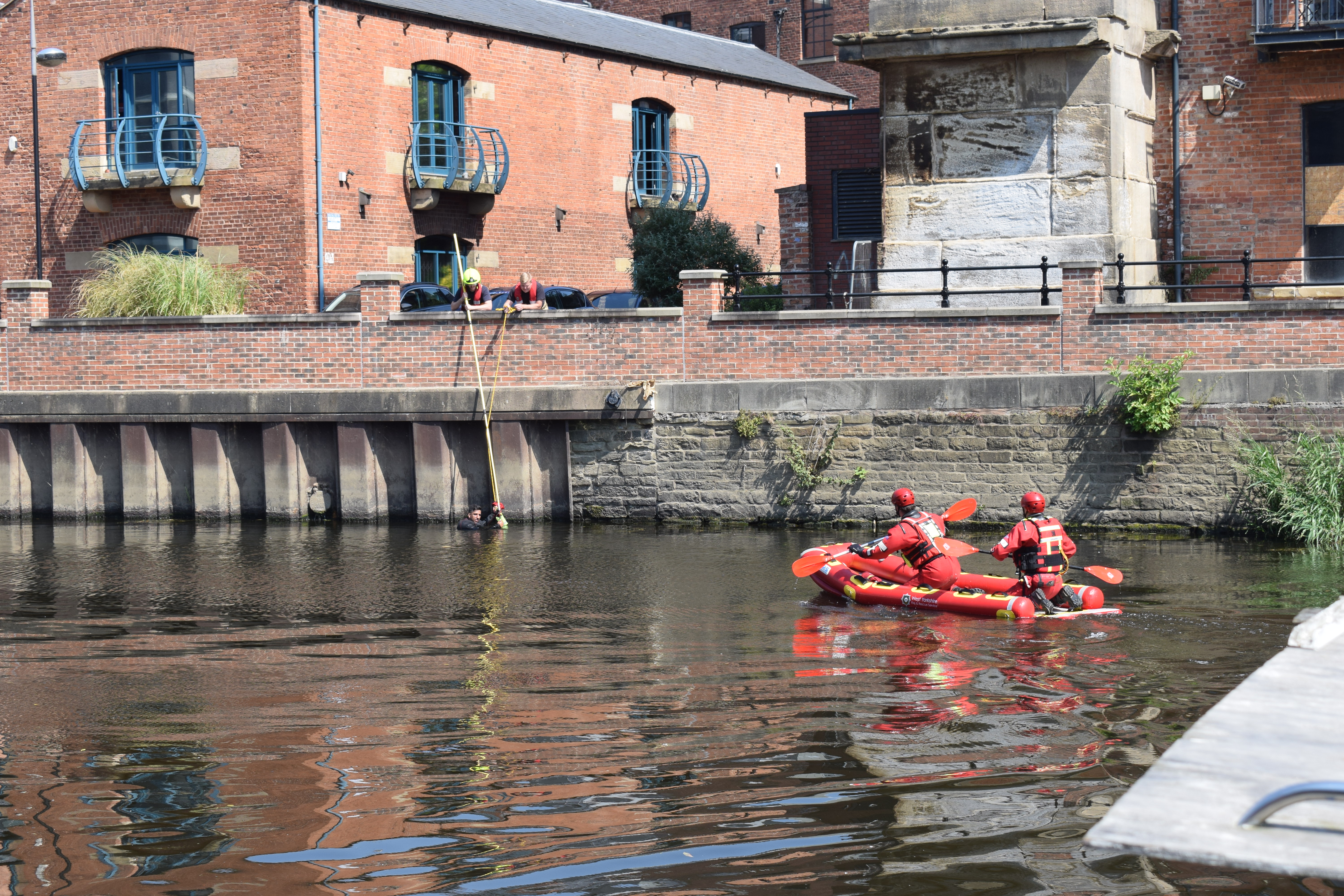 Accidental drowning fatalities and water rescues have risen in the past year in West Yorkshire, according to new figures today released by West Yorkshire Fire and Rescue Service.

The figures show a high proportion of casualties in these incidents are males aged under 20.

As summer gets into full swing, West Yorkshire Fire and Rescue Service is highlighting the dangers of open water and has launched its #BeWaterAware campaign to help people stay safe.

Chris Bell, Assistant District Commander, said, “If someone is in trouble in the water, call 999 and ask for fire, as we have the specialist rescue equipment and are the quickest route to avoid delays and save vital minutes.”

“Understand the risks when you’re around open water, and if you do get into trouble, float to live: Lean back into the water, extend your arms and control your breathing, then call and ask for help. Never enter the water to attempt a rescue.

“We’re lucky to have lots of open water sites around our region and this can be enjoyed if people understand how to stay safe.”

West Yorkshire Fire and Rescue Service is working in partnership with other fire and rescue services, Yorkshire Water, the Canal and River Trust and the RNLI to reduce the number of water-related incidents as part of #BeWaterAware.

Fire officers are delivering a series of educational talks using a Water Safety Flume simulator which demonstrates the makeup of different bodies of water, including waterfalls, stepping stones, weirs and culverts.

Jemma Burgess, District Prevention Manager at West Yorkshire Fire and Rescue, said, “Nearly 50 percent of people who accidentally drowned in 2020 had no intention of entering the water. Cold water shock, the pull of flowing water and other hidden dangers can cause even the strongest swimmers to drown.

Crews will be delivering a simulated water rescue exercise on the River Aire, Royal Armouries Drive, at 10:30am on Thursday 23 June.