Women in the Fire Service Awards accolade for Faatimah 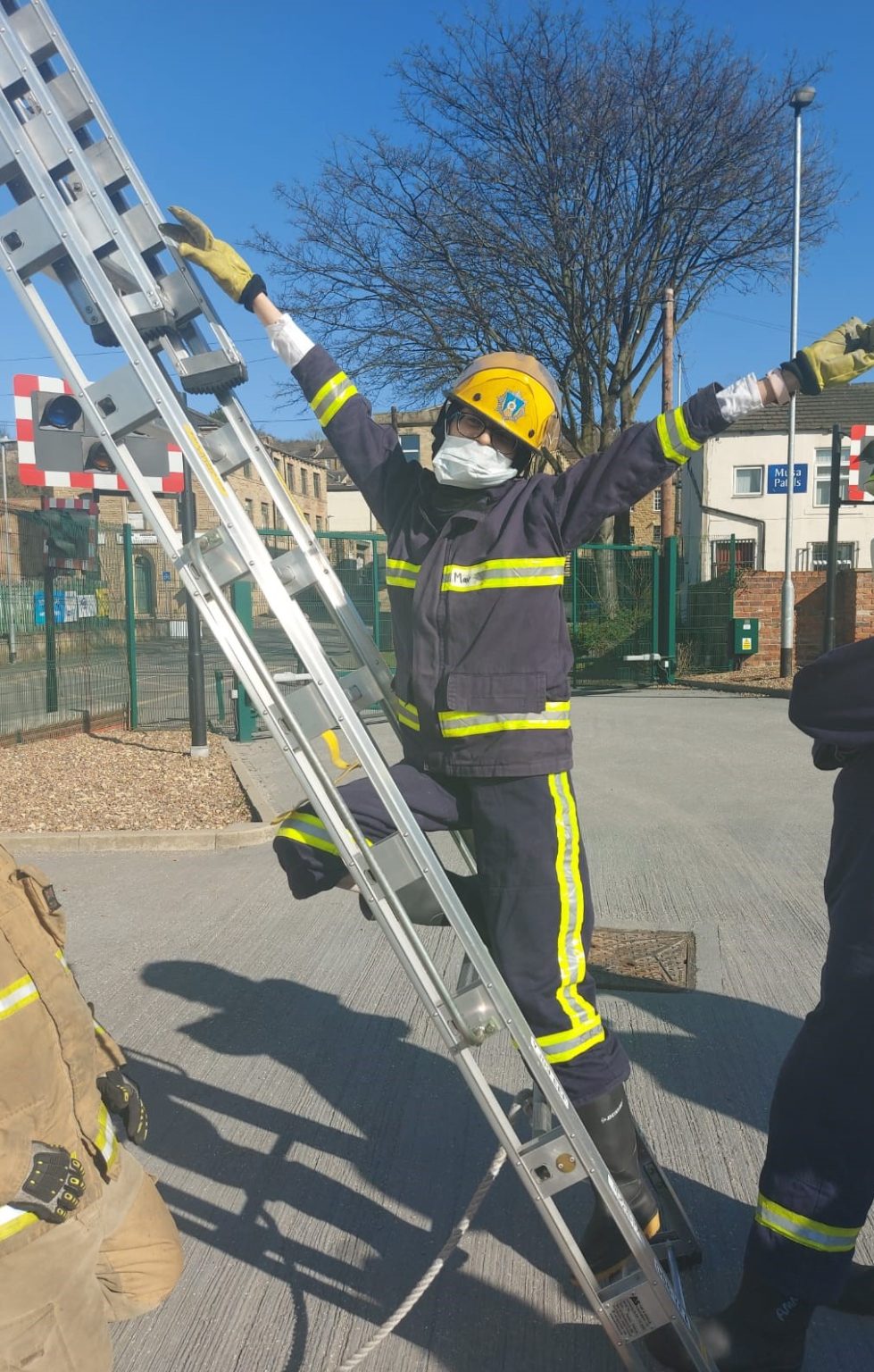 Faatimah Mangera, a volunteer for West Yorkshire Fire and Rescue Service has been named runner-up of the ‘Young Person Role Model Award’ in the Women in the Fire Service Awards 2022.

Faatimah, who completed the Prince’s Trust Team programme with West Yorkshire Fire and Rescue Service in 2020, was nominated in the national awards for remarkable contributions to the Fire Service.

The ‘Young Person Role Model Award’ category recognises individuals who have engaged in, and inspired conversations, actions and outcomes around equality and diversity issues and actively embody the motto “if you can see it, you can be it."

In the awards entry, volunteer Faatimah, is described as having an “infectious can-do positive attitude to life with a sense of humour to brighten anyone’s day."  Since completing the Prince’s Trust Team programme, she has delivered several disability awareness sessions to groups of young people working with West Yorkshire Fire and Rescue Service. She inspires others through her humour and openness and determination to achieve her goals - reflected in the young people she has met and supported in their individual journeys. Faatimah has developed her confidence and self-worth and applied this to her life. She has been valuable in her contributions to not only the Youth Interventions Team, but more importantly, to the young people she has peer mentored and shared her story and experiences with. She has helped shape the way the team works with young people and helped to increase the quality of the work the Service carries out with young people with disabilities.

Chief Executive/Chief Fire Officer, John Roberts at West Yorkshire Fire & Rescue Service, said: “We’re proud of all of our Princes Trust Team who successfully complete the programme, and Faatimah in particular has demonstrated outstanding commitment to her own goals and values, as well as to those of our service and to her peers and her community. We wish her every success in the future. I have no doubt she will continue to achieve great things both personally and as a role model in society.”

Speaking on the notification of the award, Faatimah, said,"I like helping the younger youth change their ways of thinking, it just comes naturally to me, so I'm humbled to be recognised. You can’t make change without being heard and putting your voice out there. I am really honoured and grateful to have been thought of for this prestigious award."

Women in the Fire Service UK is a not-for-profit organisation who work in partnership with its corporate members to advance equality in the sector.

Award panel judge and WFS Patron, Dany Cotton, said, “Faatimah is such a worthy runner up in the Young Person Role Model Award. She is such an inspirational young woman whose positive influence reaches so many different groups of people.”

Category sponsors of the Young Person Role Model Award were Cold Cut Systems Limited.Winners and runners-up receive prizes, as well as an invitation to attend a special award ceremony in June.